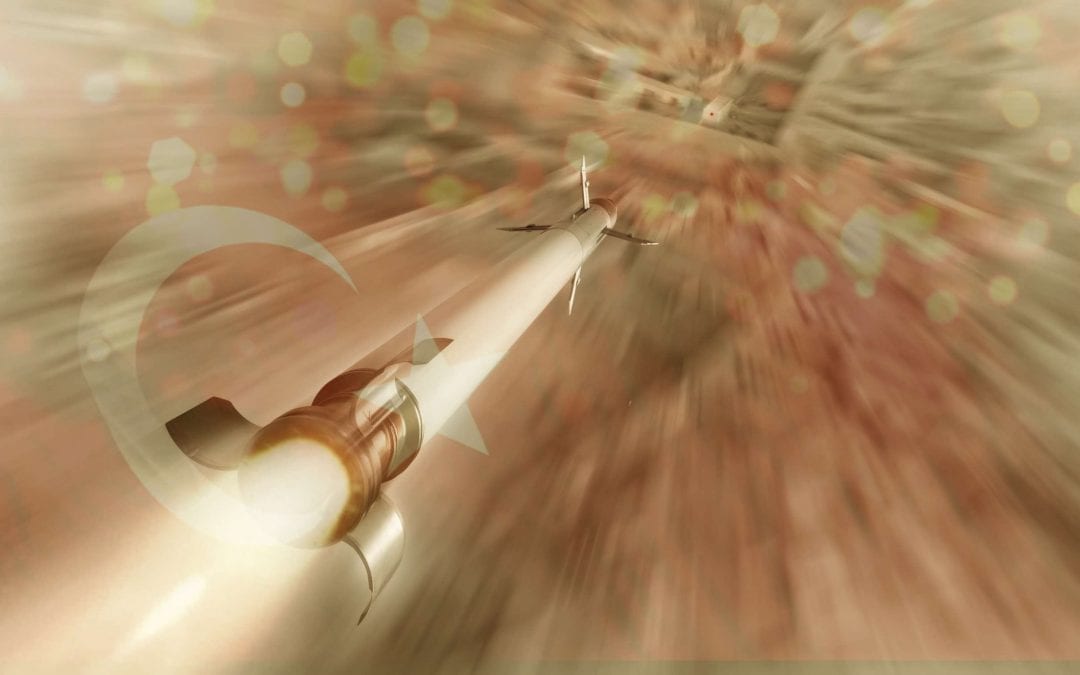 Turkey is a key regional player at the gateway between Europe and the Middle East, bordering Iraq and Syria. Particularly during the Syrian conflict, Turkey experienced rockets and shells landing on its side of the border injuring and killing civilians. Moreover, in November 2015, a Turkish F-16 fighter aircraft shot down a Russian Su-24 combat aircraft after the latter infringed on Turkish airspace for 17 seconds. Turkey is also within range of many of Iran’s short- and medium-range ballistic missiles. As a result, Turkey intensified its efforts to fill the capability gap within its Integrated Air Defence System to counter existing and emerging threats by acquiring long-range air defence systems while also investing on indigenous research and development programs. This initiative, in fact, dates back to late 1990s as Turkey initially considered co-producing Arrow systems jointly funded and produced by Israel and the United States. Since then Ankara has been vacillating among Chinese HQ-9 missiles, U.S. Patriots, French-Italian consortium Eurosam`s Aster 30 Surface-to-Air Missile Platform / Terrain (SAMP/T) and lastly Russian S-400.

The next stage started in April 2007 when Turkish Undersecretariat for Defence Industries (SSM) issued a request for information to evaluate the price and availability of options for Long-Range Air-and Missile-Defence System (T-LORAMIDS) project. After the tender process, Turkey awarded a $3.4 billion contract to the China Precision Machinery Import and Export Corp (CPMIEC) in a co-production agreement to produce the FD-2000 (export version of HQ-9) missile defence systems. However, the agreement was cancelled by Turkey in late 2015.

After a Turkish F-4 Phantom reconnaissance jet was intercepted and shot down allegedly by the Syrian Army in international airspace on 22 June 2012, Turkey had requested NATO augmentation to its air defence capabilities. Starting from January 2013 Germany, Italy, Spain, the Netherlands, and the United States contributed with their missile batteries to augment Turkey’s air defence. The Netherlands removed their Patriot battery in January 2015 which was replaced by a Spanish Patriot (PAC-2) battery. In August 2015, both the U.S. and Germany announced the removal of their Patriot batteries from Turkey. In June 2016, Italy deployed an ASTER SAMP/T battery.

In the aftermath of the cancellation of Chinese contract, Turkey decided to purchase a bridge-gap solution like U.S. Patriot system, the Italian SAMP/T, or the Medium Extended Air Defense System (MEADS) while building its own missile defence system internally by state-controlled Turkish companies Aselsan and Roketsan. Indigenous efforts led to the development of HISAR-A and HISAR-O low and medium altitude missile defence systems respectively which are expected to be operational by 2020.

In November 2017, Turkey, France, and Italy signed a letter of intent to strengthen cooperation of joint defence projects including air and missile defence systems. The Franco-Italian EUROSAM consortium and Turkish state-controlled Aselsan and Roketsan defence companies have been in talks for the co-production of its SAMP/T system in Turkey.

On 5 February 2019, SACEUR General Curtis Scaparrotti suggested not sell F-35 fighter jet to Turkey in Congress and underlined “If they accept the S-400 to establish it in Turkey, there is first the issue that it is not interoperable with NATO systems, nor is it interoperable inside of our integrated missile defence system. The second has to do with the F-35. It presents a problem to all of our aircraft, but specifically the F-35, I believe…My best military advice would be that we do not then follow through with the F-35 —flying it or working with an ally that is working with Russian systems, particularly air defence systems, with one of our most advanced technological capabilities”. On the other hand, one day later, Turkish President Erdogan stressed that “the deal is done… we may work with S-500s,” with regard to the next-generation air defence systems with Russia. Meanwhile, Turkish Defense Minister Hulusi Akar said: “purchasing the S-400s is not a choice but a necessity” and added since October 2019 the S-400 systems would be installed in Turkey. On Friday 8 March, acting press secretary Charlie Summers announced: “If Turkey takes the S-400, there would be a grave consequence in terms of our military relationship, and the Patriots and the F-35s.” On 13 March, Scaparrotti stressed that “I do believe that we should not provide F-35s if there is an S-400 in Turkey,” One day later Hulusi Akar said that “We expect delivery of F-35s in November to the Malatya province, relevant preparations for infrastructure were completed,”

While Moscow declared Russia is moving ahead with agreements to sell the Russian-made S-400 missile-defence system to Turkey, the U.S. State Department`s approval of the possible sale of Patriot missile systems to Turkey seems to be an explicit attempt by the U.S. to push Turkey to give up its plans to purchase the Russian-made S-400 missile defence system. Turkey’s flirt with S-400 has already jeopardised its acquisition of the F-35 joint strike fighter, as members of Congress have attempted to block Ankara’s receipt of the jet over concerns that Moscow would collect intelligence on American and NATO systems. So, the crucial question that needs to be answered is whether Turkey`s giving up the purchase of S-400 from Russia is a sine qua non for the U.S. and if the U.S. seriously considers imposing sanctions should Turkey move ahead to acquire Russian air defence system.

From NATO and U.S. perspective, the S-400 system will have no chance of being integrated into the NATO BMD system. Turkish Defense Minister has already stated that the system will not be integrated into NATO and will operate independently. As a result, Turkey will not be able to take advantage of the European Phased Adaptive Approach’s (EPAA) sensor network. With the absence of NATO datalink, operators may be able to see the complete air picture with heritage systems, but the system will not have access to the combat management software that cues the missile defence interceptors, and there will be no automatic data transfer.

The ambivalent Turkish position regarding its choice for a long-range missile defence system can be attributed to mercurial threat perception of the current Turkish government and reorientation efforts from the West to the East amid various tensions with West more than technical specifications of the aforementioned systems.