The United Nations in Yemen .. A failure or a conspiracy? 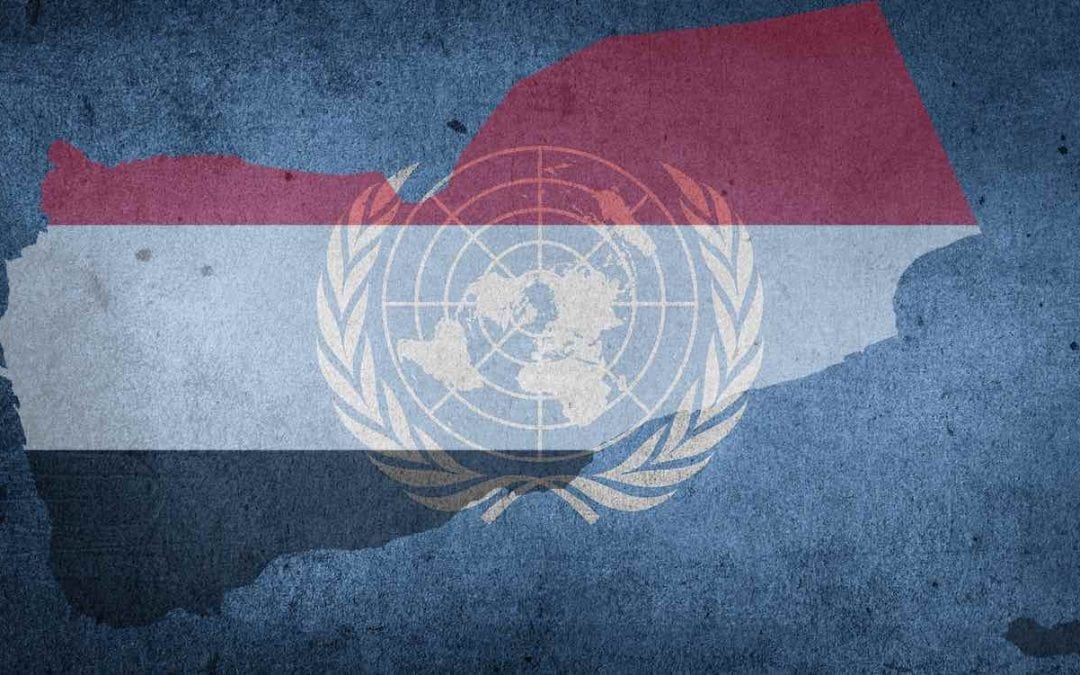 The anti-United Nations campaign – and talk about its dubious role in Yemen – has become increasingly popular recently. This coincides with claims of conspiracy, a rhetoric mostly used by the helpless party in an indirect attempt to justify self-insufficiency. Calls for the dismissal of UN envoy Martin Griffiths rose together with claims of his close relationship with the Houthis, ignoring the fact that the person in question, just like any outsider party not having military power on the ground, deals only with realities which can be summarized as total control of the Houthis, their cohesion in the front and the effectiveness of performance despite their bad intentions. This is strikingly in contrast with the helplessness of the government, the divisions among the coalition supporting it and above all the intolerable humanitarian conditions.

President Abdu Rabbuh Mansour Hadi boasted that he was the president who was supported by the world and that the Security Council met in the capital Sana’a confirmed its support to him for the transitional period. This boasting becomes surprising to any person who knows and grasps the size of the danger as Yemen file has become an international issue attracting regional competition and interests of great powers in his term.

What is more surprising is that he finally boasted of this, unaware that the main reason for what is currently happening in Yemen is the internationalization of the crisis, and does not see or realize how a group that is not concerned with UN or international community launched a coup against him. Had it not been for regional support, Hadi would have been a former president now.

Since 2011, three United Nations envoys have followed each other in Yemen while the situation in the country steadily declined, and the political process collapsed until it totally died.

All three envoys together with their respective teams of non-Yemeni technocrats were ignorant to the simplest facts about Yemen. The first one, due to his success in making sides sign the Gulf initiative, was optimistic to the extent that he turned into a missionary distributing illusions. He considered Yemenis seated around dialogue table was a miracle. What he did not know was that Yemenis had negotiated as much as they had fought.

The second struggled helplessly after his failure in Kuwait negotiation as  the Yemeni war was getting complex to the extent that it was not possible to stop or even negotiate it based on any political reference, be it GCC initiative, UNSCR 2216 or the outcomes of National Dialogue Conference.  The war was becoming lengthy and intricate.

As for the latter, the one aspirant for personal success to the point of rashness, once announced the start of negotiations when the Sana’a negotiation team had not arrived due to logistical reasons, his team supposed to know this well from his predecessor. Then another time, after negotiations reached bottleneck, he announced to have, at the last moment, the Hodeidah agreement that lacks details or explanations. And here ignorance on Yemen reached its maximum as the new UN negotiator announced his great success in bringing the two teams to one table and shaking hands.

The United Nations intervention was the opening of a crucial stage in Yemen’s political life which has wide experience in local mediations. Unlike the rest of the Arab Spring countries at the time, Yemen had parties with active political participation and actions which might have provided base for building solution upon. However, this chance was missed based on intense foreign intervention. It is remarkable that the Yemeni elite surrendered to this blatant intervention, apparently showing willingness for not taking responsibility of what was happening and for ease of depending on outsiders. This may be explained by the aging leadership of the parties, and the lack of progress.

Thus, the Yemeni policy came to be led from out to inside, creating this phenomenon of “embassy sons”, a young elite that has arisen within context of representation of the youth forces, civil society and women. Most of them do not possess any qualifications other than speaking English which ease their communication with Western embassies and present their simple and technocratic solutions to the matter of fact deep Yemeni crisis.   The real solution requires considerable efforts from influential local actors in the demographically dispersed country of which majority or statistically about 70% population resides in the countryside. This means this elite residing in city centers busy with contacting outside world are disconnected from real situation in Yemen, where  real or factual social and political forces are absent and excluded from the political decision-making in the capital, Sana’a.

UN intervention eases and lengthens the conflict, impeding any possibility of resolving it, as expressed by the UN envoy, Lakhdar Brahimi, during 1994 war in Yemen. When explaining why he obstructed the internationalization of the Yemeni crisis, he said that the conflict turned to military settlement and thus no longer needed mediation. Brahimi had a heavy political background, well aware that military solution to the conflict whatsoever was better than its prolongation and internationalization.

UN interventions also prevent the possibility of internal mediation that is more realistic and focused on reparation and coexistence beyond the divisions of war. For example, the four-year war in Bosnia and Herzegovina was the most successful international model of ending a conflict. The outcome of the cessation of war agreement in Bosnia and Herzegovina was the consolidation of the division and the establishment of the country under international tutelage, governed by the High Representative appointed by the European Union and under its authority the three-member Presidency Council representing different ethnic and religious groups, The representation of the majority is equal to the minority, and each group elects its representative on the Presidency Council, according to its ethnic and religious affiliation, not its political program.

Usually, the international intervention establishes so-called democracy, but in reality or practice, this is nothing more than a ballot box based on political or ethnic political representation at fixed proportions, which does not accept political competition but is based on social division. The political quota hinders any political or developmental progress, which deepens societal divisions even more than war. Also UN agreements always exaggerate the factor of minority protection (or overprotection of minorities) on the expense of the majority, whose representation is weak relative to its number.

The United Nations does not have a successful, measurable experience to imagine a different performance in Yemen, but it has become a pretext of the Yemenis’ failure. It is remarkable that the most eager to change the UN envoy are the Yemeni representatives of the parties responsible for the crisis, which are the first to be changed. Those who criticize the United Nations and attribute the responsibility of war and peace to it must be aware of three things: