The Rise of Unmanned Aerial Vehicles 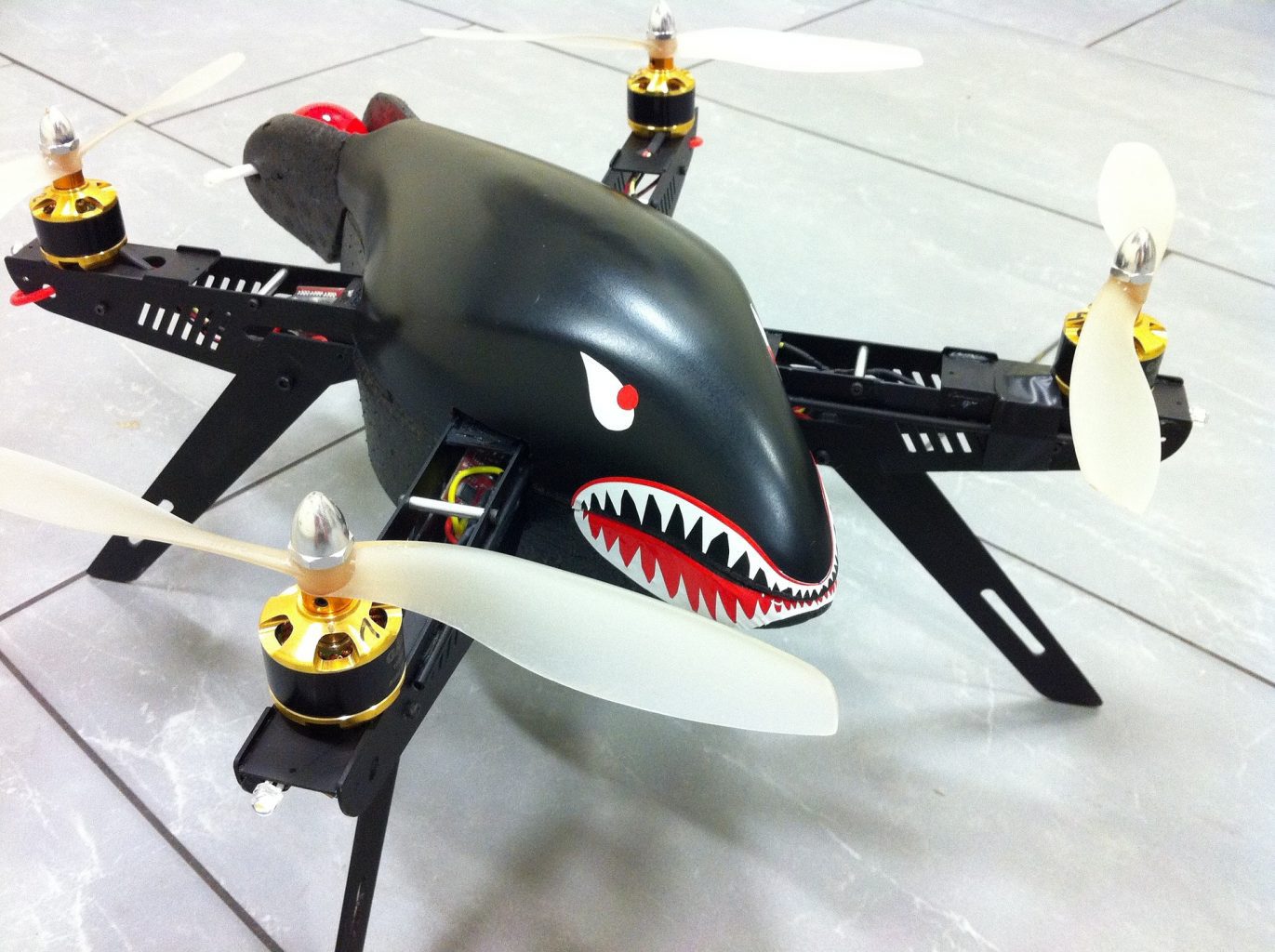 “We have won a war with a lot of heroes flying around in planes. The next war may be fought with airplanes with no man in them at all,”said General Henry Arnold, the only Air Force General to hold a 5-star rank in two different US military services, (1945).[1]

The fascinating story of Unmanned Aerial Vehicles (UAV) dates back to “Kattering Bug”, which was a flying bomb with a propeller carrying a 250 pound warhead against German targets during World War I.  But unfortunately, their creators did not have the chance to use it until the end of the war. After this first enthusiastic attempt, there were some prototypes which were designed for military purposes, such as, delivering messages between headquarters, communication with longer range radio waves, assaults by carrying bombs, and deception of enemy forces during World War II. But in fact, the world ignored this technology until Israel launched a volley of unmanned decoys over Syrian air defense in Lebanon’s Bekaa Valley and achieving an astonishing victory.[2]

Since the 9/11 terrorist attacks, unmanned aerial systems gained great importance for proactive counter-terrorism and they have been transformed into various kinds of vehicles in size, mission and capabilities at an increasing speed. [3] To get the lead on this technology, many countries are struggling to improve new unmanned systems, both for military and civilian use. UAVs are the highest level of autonomous technology which promises to have a dramatic impact on military doctrine, domestic and international commerce and scientific research in the next decade.

First of all, UAVs have been designed and used for military purposes since Mid 20’th Century and it has been an incubator for autonomous technology. The concept of unmanned flying vehicles was put into practice since then, they have been used mostly for military purposes such as bombing attacks, ISR missions and delivering messages during the First and Second World Wars. Because of decreasing size and increasing capabilities over time, they have begun to be accepted as force multipliers by different nations, proving you can achieve a mission at a lower cost without risking the life of a pilot in a hazardous mission.[4] Unmanned aerial vehicles don’t need any courage or training period for this kind of mission and they don’t have human deficiencies like vertigo, hallucinations. Also, they can be controlled from land or integrated into manned air vehicles and helicopters. For instance, the US army’s new class helicopter, AH-64 APACHE, can operate UAVs by remote control, launch missiles at targets spotted by UAVs and view their camera visions to adjust their paths.[5] Besides this, the drones help to reduce casualties.  When we analyze crash rates in manned air vehicles against cumulative flight hours, we can easily assume that autonomy in the aviation sector will likely decrease crash rates, human errors and casualties at a considerable rate. [6]

Some other uses of UAVs in the battlefield are surveillance, close air support, exterminating unplanned time sensitive-targets, increasing the efficiency of command-control systems and providing a real time picture of  the battlefield to decision makers. In that UAV technology is undoubtedly going to be one of the most important force multipliers of future battlefields and the countries that improve this military ability will always be one step ahead of the others.

The control of air space will be much more difficult due to the fact that the capabilities of air defense systems are optimized to tracing and counteracting targets in a specific spectrum of size, altitude, speed and other technical characteristics. So one should improve a new generation of air defense systems continuously to protect own center of gravity from smaller unmanned vehicles. The cost of these kinds of systems may be challenging, especially for small scale economies.  Also, it may cause some doctrinal changes in deployment of land forces, as well as their transportation and logistical abilities. For instance, Iran has exported its drones to proxies, such as Hezbollah, where they are mostly used for ISR (Intelligence, Surveillance and Reconnaissance), and they have also experimented in UAVs with suicide drones.[7] So, the misuse of autonomous aerial technology by terrorist organizations may cause serious troubles and a chaotic environment for all nations.

Besides military actors in the field, commercial manufacturers and civilian users that take part in the development and manufacture of UAVs. “In another ten years, we will see a “$10 billion-a-year industry, combining manufacturing, sales, jobs, etc., in the U.S.,” writes John Miley, business drones analyst for The Kiplinger Letter, a financial publication based in Washington. UAVs are commonly used for civilian security, law enforcement, exploring mines and natural sources, the movie industry and entertainment.

UAV’s may also supply wi-fi to disaster-struck areas with systems being tried for a range up to 110 km to provide  internet access to the areas where the infrastructure of the internet cannot be built by solar-powered drones. They will deliver essential documents, such as driver’s licenses and identity cards, as well as perform many other future commercial purposes that cannot be predicted today.[8] There is an increasing demand for different kinds of drones by civilians although there are strict regulations implemented by different nations, because law makers usually don’t want widespread use of this technology due to risks of use of by terrorist organizations nor do they want to lose control of air traffic. Because even a child playing with this toy may cause serious injuries and deaths when it crashes somewhere accidently. Moreover, a quadro (smaller sized UAV) sold as a toy in a mall might easily be transformed into a suicide bomb.  To date, no country has adequate technology to defend their buildings and people against bug-sized flying guns and suicide bombs. Therefore, to provide efficient control of air space and take precautions for the misuse of this technology. [9]

We cannot yet visualize full effects of common-place civilian use of drones that are small but equipped with high-level technology, and it may be too late to avoid the damage that they may cause when we become aware of the consequences during the next decade. That’s why at least a dozen countries—including Israel, Canada, Australia, England, Germany and France are struggling to stay ahead of drone technology and investing billions of dollars in this technology during the last decade. Israel is the leading exporter of drones, accounting for almost 61% of worldwide sales while the US is the second with a 24% share. [10] It seems that other countries are going to catch up with Israel and the US in a commercial market if these countries don’t change their strategies for improving unmanned systems for civilian uses,  because it is likely that a commercial market will surpass military UAV innovation due to increasing demand. Finally, another important and beneficial use of drones is in the scientific field. Today, there have been many different kinds of uses for scientific purposes, such as wildlife conservation like AREND (Aircraft for Rhino and Environmental Defense), which is being implemented in Africa’s national parks. It is also used in agriculture for removal of weeds and to protect local plant life in areas, which are either inaccessible or demand excessive time to monitor in civil engineering for autonomous monitoring of bridges for cracks and defects that could lead to their collapse; and in other fields to explore space and detect underground natural resources like mines and minerals.[11] So scientists can do research with lower cost and in a more efficient way than they could otherwise. Also, they can help the improvement of visual documentation with high technology cams integrated into UAV as well as work in accordance with other unmanned systems on land, sea and under water. Scientific roles of UAV are ideally suited to perform missions that cannot be economically or carried out by manned aircraft or by means of other technologies.

In conclusion, unmanned aerial vehicles are actors that have been gaining more fame on the battlefield during the last decade, and becoming commonly accepted as game changer technology which enables remarkable superiority against enemy counterparts. UAV’s dramatic impact on military doctrine, domestic and international commerce and scientific research is forcing countries to acquire this technology and use it to improve their national capabilities. Increased civilian demand is forcing manufacturers find ways to import this technology overseas in face of the bans and restrictions that their law makers put on the commercial market. So it is a great dilemma to choose between national security and military priorities over commercial markets or government interests. Even though the innovation of UAV enables efficiency in military environment, their misuse may introduce serious problems which will force states to invest in new technology to counter them. So, to find optimal solutions for the future use of UAVs are likely to be caught between a rock and a hard place (the astonishing benefits of UAVs and their devastating potential). With regard to UAVs, each country/coalition has two main concerns:  Do nothing or take aggressive steps to invest in both development of UAVs for maximum benefit, and in preventative counter-measures to their misuse.  In addition, preventative countermeasures could include a combination regulations and the development of new technology for detection, enforcement or other use of areas mentioned before.