The Pandemic and the Limits of Realism* 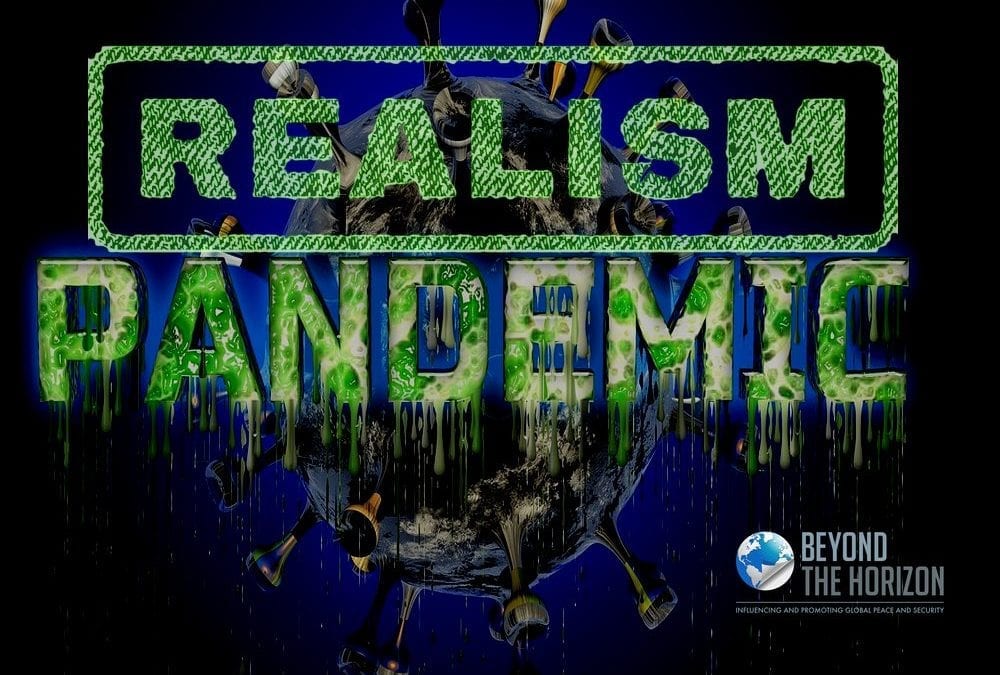 The foundational international relations theory has been revealed to be far less realistic than it claims.

Stephen Walt’s “The Realist’s Guide to the Coronavirus Outbreak,” together with some of his other recent articles, are compelling examples of how realist scholars of international relations see the coronavirus as helping to validate this school of thought. Realists have good reason for confidence. Responses to the pandemic have demonstrated the primacy of sovereign states, rationale for great-power competition, and obstacles to international cooperation—all key tenets of the realist tradition.

But the pandemic also exposes realism’s shortcomings as a source for successful policy. Better at explaining risks and dangers than offering solutions, realism’s strengths lie in diagnosis rather than treatment or prevention. To fight the pandemic most effectively, policymakers will have to turn to the other theoretical tradition that has, however reluctantly, informed responses to the other great crises of the past three-quarters of a century.

Realism gets a lot right, which is one reason it remains international relations’ foundational school of thought, at least in the United States. One insight the pandemic underscores is the realist view of states as the primary actors in world politics. As the coronavirus struck, states moved swiftly to close or tighten international borders, restricted movement within their borders, and marshaled security and public health resources. That the World Health Organization (WHO) initially recommended against such border controls, businesses dreaded declining economic activity, and individuals chafed against restrictions on their freedom of movement underscores the authority of states to maintain order and shape events.

But however much independent national action is understandable or even predictable from realism, so is its inadequacy. Border controls and travel restrictions did not spare states from the pandemic. Even if perfect controls were possible, their desirability is doubtful. Consider New Zealand, the island nation enjoying relative success and the advantage of physical geography (and decisive state action) in maintaining its international borders against the coronavirus. A national triumph for New Zealand, however commendable, remains incomplete so long as the pandemic rages outside its borders. The country risks reinfection and continuing economic damage to industries that depend on greater international openness. So while it clearly serves the national interest to best the disease within a state’s borders, the national interest remains unrealized so long as other states have not done the same. Unlike economic or security competition that more easily fits realist considerations of “relative gains” or zero-sum competitive logic, transnational catastrophes such as disease unmask the limitations of individual states in an “anarchical” global system.

The disconnect between transnational risks and national interests relates to another problem: states’ scramble for resources. Again, realism does a good job of diagnosing the problem, explaining why countries compete for scarce items such as medical masks, ventilators, and intellectual property for treatment and vaccines. Such contests do have a zero-sum logic quality. But the uncoordinated action results in an inefficient allocation, potentially wasted time and effort and increased costs—all of which undercuts the overarching (and shared) interest in quashing the outbreak. A domestic comparison exists in the chaotic struggle among U.S. states and localities for these same resources. Realism offers few constructive alternatives.

The main distinction is that institutionalism better emphasizes the practical potential for self-interested cooperation. This differing emphasis can obscure substantial common ground between realism and institutionalism. Both recognize the desirability of international cooperation; the more difficult question is how to achieve it. Here, realist insights have much to contribute. One classic idea is that a hegemonic power may impose international institutions, which may in turn prove durable even after hegemony. Power is also central to Joseph Nye’s arguments for leadership and the “smart” application of power’s hard and soft variants to lower costs and improve outcomes. Still other scholars have pointed to the ways institutional design can blunt the risks of cheating, fear, and uncertainty through enforcement, information-sharing, and other design features. While these resources are not perfect, the good news is that all of them—power, leadership, and influence over institutional design—are available to the United States.

The national interest, combined with available resources and vision, explains why the United States and other countries have so often created and acted through international institutions during past crises. The “United Nations” was the term the United States coined for the Allies during World War II, and it was institutionalized at the end of the war. The global coalition to defeat the Islamic State brought dozens of countries together to further their shared interest in combating international terrorism, and was itself devised on the sidelines of a NATO meeting in 2014. During the financial crisis of 2008, states reinvented the G-20 in order to coordinate economic policies, share costs, and save the economy.

The United States was a leader in the creation of these institutions, and it benefited enormously from them. International cooperation was not always the United States’ first impulse, as when it declined participation in the post-World War I League of Nations or during its initially somewhat unilateral approach to counterterrorism after 9/11. But the United States ultimately concluded its interests were better served by coordinated international action and leadership.

Although realism does much to explain states’ initial reactions to the coronavirus pandemic, one should look to other theories for constructive policy ideas about how to do it better. As in previous global crises, the United States can, and should, strive to see the national interest in international institutions.

** Seth A. Johnston is a fellow of the Belfer Center for Science and International Affairs at Harvard University.