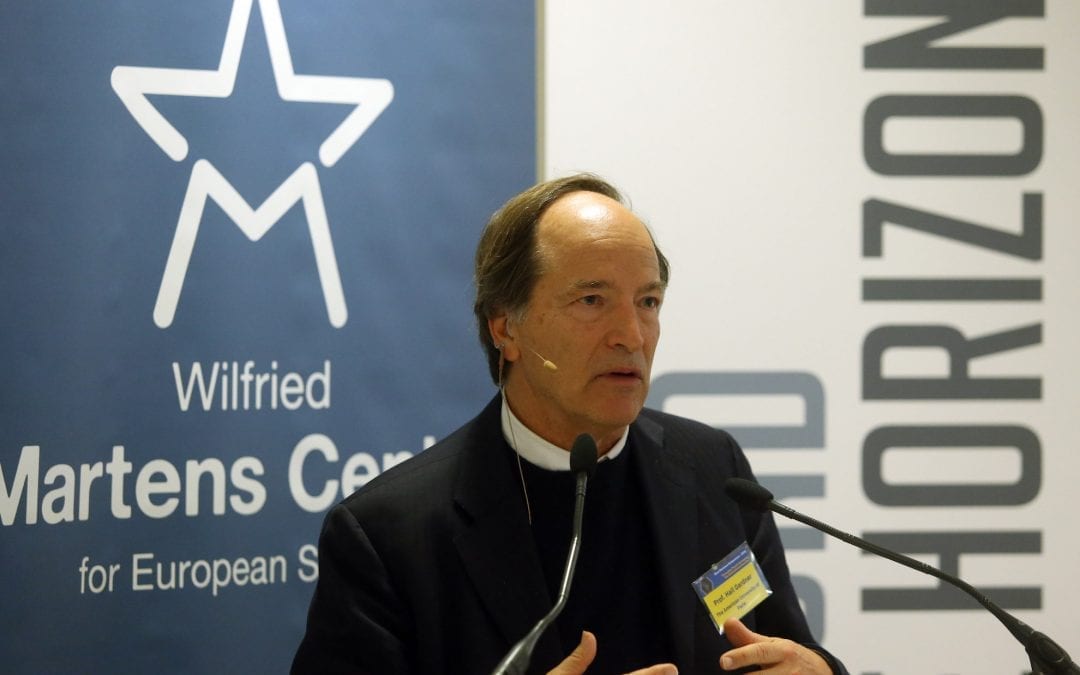 Concept of Political Warfare stems from Clausewitz: Condensed Version: « War is a continuation of politics by other means… war is therefore an act of violence to force the opponent to fulfil our will. A deeper reading of Clausewitz implies that war represents the use of force intended as an alternative means of political intercourse or political communication― or even an alternative form of diplomacy― intended to press the opponent to accept one’s will.

At the beginning of the Cold War, in April 1948 in a top-secret memo, George Kennan developed his own definition of political warfare stemming from Clausewitz. Strategic leveraging incorporates the tools that state leaderships and socio- political movements, among other organisations and groups, can use to expand, sustain or even retract, their relative position of power and influence within the local, provincial, national, regional, and global system. If we jump ahead to the end of the Cold War, we can see elements of “political warfare” ― or what I prefer to call “strategic leveraging” ― being used to support anti-Communist movements throughout the world as a means to undermine Moscow. The initial post-Cold War political goal was to “bring a democratic Russia and the other new democracies into the defense community of democratic nations, so that they can become a force for peace not only in Europe but also in other critical regions of the world,” as stated by the Pentagon Defense Planning Guidance.

Hybrid or non-linear war. By 2008-14, Moscow began to adopt more sophisticated technique of political warfare and strategic leveraging now called hybrid or non-linear warfare. Here Moscow has appeared to have drawn on anti-state and Iranian tactics for its seizure of Crimea with “little green men” without insignias

Dilemmas of Democracy Engineering. One of the major tools of political warfare was support for democracy movements and religious freedom. Both are double edged swords. Danger is not merely that states are adopting tactics of anti-state “terrorist” movements, but that as both Russia and China begin to assert their regional and global interests, versus the US, NATO, the EU and Japan, clashing major power interests are beginning to interface in the ongoing Global War on Terrorism…,

Way to Peace. To test Russian diplomatic flexibility will require concerted US-European diplomatic engagement backed by tools of what I call “strategic leveraging”. These combine political, economic, and military tools which press for sanctions and other constraints.

* Hall Gardner is professor in the Department of International and Comparative Politics at the American University of Paris. examines inter-state and inter-societal conflict with a comparative historical orientation. His focus is on the diplomatic origins of war, yet more specifically on deliberating the phenomenon of war’s eruption and its regional and global ramifications, with an eye toward conflict resolution. His research blends a historical and theoretical approach with contemporary international affairs, concentrating on questions involving NATO and European Union enlargement, the collapse of the Soviet Union and its impact upon China and Eurasia in general, as well as the global ramifications of the “war on terrorism.” His publications include Crimea, Global Rivalry, and the Vengeance of History (2018); World War Trump: The Risks of America’s New Nationalism (2018); The Failure to Prevent World War I: The Unexpected Armageddon (2016).