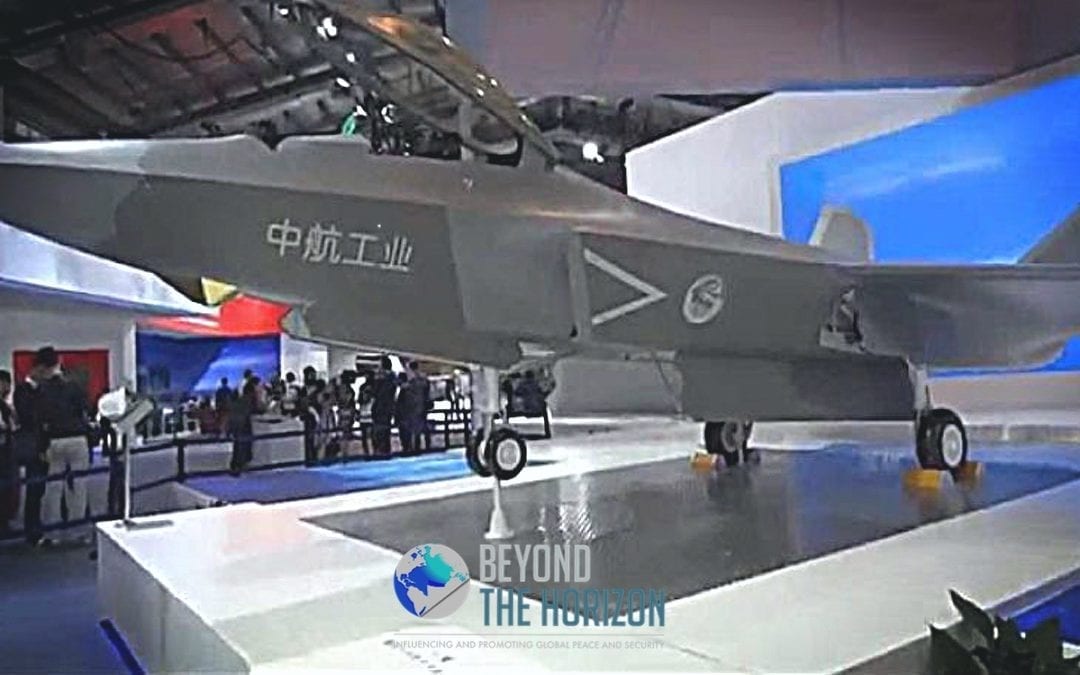 New photos of China’s second stealth aircraft, have been posted on Chinese media since May 2020; first  photos had appeared in May 2018.

It appears to be an improved version with some modifications to its aerodynamic design, just like the prototype that made its first flight in 2016, rather than the original design that made its public appearance at the Zhuhai Air Show in November 2014.

The J-31 prototype made a test flight during Air Show in November 2014 as well.

The People’s Liberation Army Air Force (PLAAF)has commissioned a limited number of its new J-20 fighters for fifth-generation fighters, meanwhile the development is ongoing on the smaller J-31 for exporting or using as a future naval fighter for the next class of the People’s Liberation Army Navy (PLAN) aircraft carriers. The stealth aircraft is produced by the PLAAF through Shenyang Aircraft Corporation, a subsidiary of Aviation Industry Corporation of China (AVIC). AVIC is the biggest defence related state-owned enterprise (SOEs) managed by the central government and ranks in the top five global defence companies.

The J-31 is the second stealth fighter that has been developed by Chinese industry, after the J-20. The J-31, known as the FC-31 officially, is medium fighter while J-20 is heavyweight fighter. The J-31 and J-20 are characterized by their high maneuverabilities, stealth features and a built-in weapon bay, in addition to advanced avionics and sensors for improved situational awareness, advanced radar tracking and targeting capabilities, and integrated EW systems. The J-31 Stealth Fighter can be equipped with an internal cannon, two internal weapon bays in the fuselage, and three payload carrying points on each of the two wings. Each internal weapons bay can carry up to two missiles. The J-31 is a multi-role, twin-engine, single-seat fighter aircraft that was designed to meet the requirements of future combat environments.

Contrary to the F-35, the J-31 has two engines, which makes it more acceptable to the aviation community. These engines would be a version of the WS-13 engine that is currently used by the JF-17. The WS-13 engine is based on 1970s Soviet design, which is considered to limit the efficiency and stealth capabilities of the J-31, and it will require a more modern engine if it is commissioned. As China is still struggling with the somewhat larger and more complex J-20 engines, this success could make the J-31 an even more interesting choice. Whilst the airframe of the J-31  appears to bear a strong resemblance to the F-35, the technology of the F-35 makes it  particularly lethal. Fifth-generation stealth fighters can currently take out four radar-guided AIM-120 Advanced Medium-Range Air-to-Air Missile (AMRAAM). The F-35 is about to become much more lethal in air-to-air combat while maintaining its stealth. It has been designed with a new weapon rack to allow the aircraft to carry two additional missiles internally. This would increase the number of AMRAAM the F-35 can carry from four to six, giving it more weapons to fire in air-to-air combat. Furthermore, the J-31 still needs years of work in its development.

China is known to be very advanced in AI, but that does not mean that the J-31 is comparable in terms of “sensor fusion”, range, or even the maneuverability of the F-35. However, the aircraft is believed to bring new balance to the equation, especially with respect to maritime attacks. China overtakes America in the race for Artificial Intelligence(AI). AI may provide the next Chinese sixth-generation fighter with more advance capabilities.

The upgraded J-31 fighter prototype started multiple test flights in April 2017. The aircraft is capable of flying at a speed of approximately 2,200 km/h and will have a maximum range of more than 2,000 km when equipped with external fuel tanks. The service ceiling of the new aircraft is approximately 20,000 meters.

The stealth fighter is designed to provide advanced defense capabilities for close air support, air strike and air interdiction operations. It can also conduct suppression of enemy air defenses and can be used as a carrier-based fighter. The aircraft’s initial operational capability is planned for 2020.

Although the J-31 has been compared to the F-35, it is not certain that the Chinese fighter has the stealth features of the U.S. stealth fighter.

It is highly likely that an upgraded J-31 could serve as a new-generation carrier-based Chinese fighter aircraft. It is considered that the J-31 will undoubtedly be further developed and fitted with new engines and features in the future.