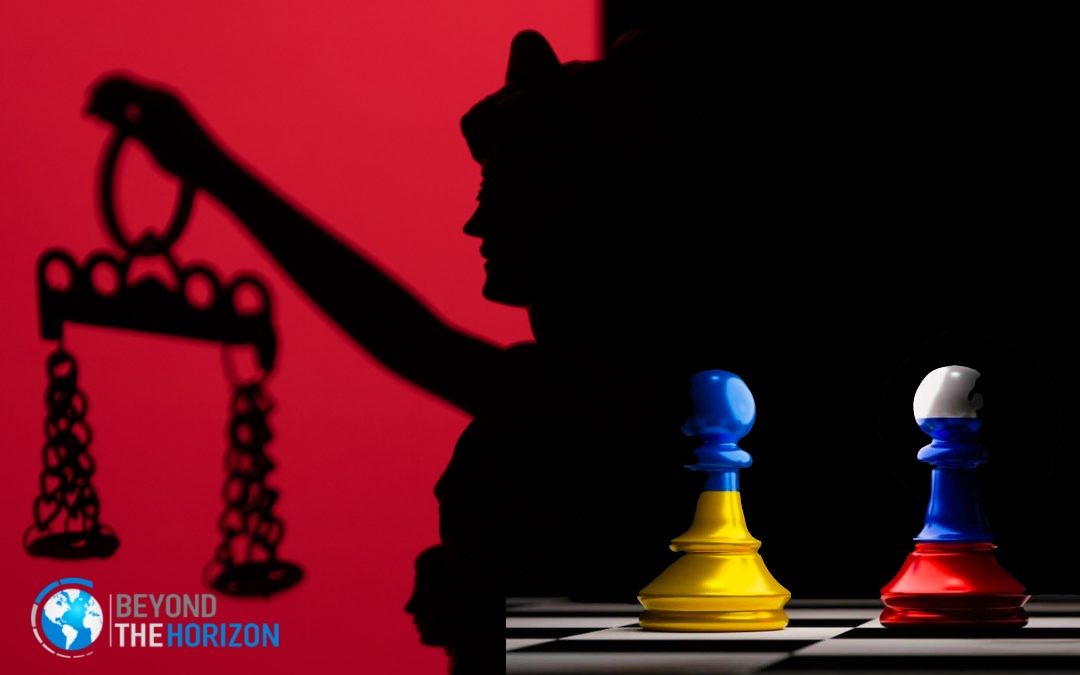 1. Deepening Crisis in the International System

The ongoing tension between transatlantic alliance and Russia over the invasion of Ukraine is a clear sign showing the break in the functioning of the international system that was established after the WWII. Ukraine gained a status of independent state after the referendum that was held in December 1, 1991 and %92.3 of voters used their votes in favor of independency. Although there have been some claims regarding the status of Sevastopol, which was leased by Russia in order to deploy its naval forces until 2042, Russia did not challenge the sovereignty and territorial integrity of Ukraine by questioning the legal status of Crimea. Based on the principle of estoppel in the international law, Russia renounced its claims over Crimea until invading it in 2014. After recognizing the independence of Donetsk and Luhanks, President Putin ordered Russian army to execute a “peacekeeping” operation in self-proclaimed “Luhanks People’s Republics (LNR)” and “Donetsk People’s Republic (DNR)” on February 24. Also holding the current presidency of the UN Security Council, Russia has repeatedly and unilaterally challenged the fundamental principles related to the use of force by subsequent military aggressions starting from the invasion of Georgia in 2008, following annexation of Crimea in 2014, and current invasion of Ukraine, all constituting apparent violations of Article 2 (4) of UN Charter.

2. Approaches Related to Use of Force in the International Law

One of the fundamental obligations of the states in terms of the international law is not to use force in the solution of the disputes, which is accepted to gain jus cogenstatus of customary international law as stressed in Nicaragua v USA (1986) case. However, in practice, there is significant differences in the interpretation of this rule, which is enshrined in the Article 2 (4)[1] of the UN Charter, due to the inherent flaws in the international system regarding its capacity to provide peaceful solutions to the disputes and punish the actors that threaten the international security. Both UN General Assembly and International Court of Justice have restated this principle in various resolutions and cases.[2] For instance, aggression is defined by Resolution 3314 as “the invasion or attack by the armed forces of a State of the territory of another State, or any military occupation, however temporary, resulting from such invasion or attack, or any annexation by the use of force of the territory of another State or part thereof”.

Article 2 (4) cites three separate areas for refraining the (threat of) use of force, namely territorial integrity, political independence and inconsistency with UN’s purposes. According to the proponents of the permissive school, NATO’s military operation in Serbia to protect the civilians cannot be assessed in accordance with Article 2 (4) because it neither targeted the territorial integrity nor political interdependence of another country. Having said that, travaux préparatoires of UN Charter in San Francisco Conference demonstrates that the intention of the drafters was to strengthen the rule about the prohibition of the use of force.

3.Use of Force After WWII and Russian Changing Stance

Since the WWII, there have been some circumstances[3] in which states have relied on different arguments to justify the use of force such as legitimate invitation[4], self-defense[5] and multilateral authorization[6]. Broadly speaking, there are two schools of thought about the interpretation of the Article 2 (4) as restrictive and permissive. While the proponents of the restrictive school of thought support the idea that the UN Charter completely puts a ban on the state’s right to use of force unilaterally, followers of the permissive school of thought draw attention to the deficiencies and shortcomings of the UN in dealing with the humanitarian crisis such as in Syria and Libya civil wars.

In some instances, the territorial sovereignty was disregarded for the sake of initiating military operations to protect the lives of the civilian as it happened in NATO’s military operation in Libya. The concept of Responsibility to Protect (RP2) was leveraged by UN Security Council to authorize seizure of all necessary measures to prevent gross human rights violations. Russia and China had reservation in this resolution due to their concerns about whether all other measures had been exhausted or not. Both Russia and China also objected to the use of force on humanitarian ground.

According to David Turns, a senior lecturer in Cranfield University, from the international law point of view, there has been an ongoing military conflict between Ukraine and Russia since 2014. In the annexation of Crimea, Russia tried to justify its military action by relying on the grounds of self-determination, self-defense and humanitarian emergency despite its opposite stance in the previous military operations such as US-led invasion of Iraq & Afghanistan and NATO’s military operation in Libya.

4. Russian Invasion of Ukraine through the Lens of International Law

Putin’s main argument in the invasion of Ukraine is the expansion of NATO to the East Europe by strengthening its ties with Ukraine to the detriment of Russia. On February 24, Putin stated that “Further expansion of the NATO infrastructure and the beginning of military development in Ukraine’s territories are unacceptable for us”. Moreover, Putin also asserted that people in Donetsk and Luhansk are at the risk of genocide and he added that “this we will pursue the demilitarisation and denazification of Ukraine, as well as bringing to justice those who committed numerous bloody crimes against civilians, including citizens of the Russian Federation”. It can be inferred that Russia relies on pre-emptive self-defense, responsibility to protect and prevention of genocide as legal grounds for the justification of its waging war against Ukraine.

Russia assured by signing Budapest Memorandum in 1994 to refrain from use of force and threat against Ukraine in exchange for taking back its nuclear stockpile. The expansion of NATO to eastward in a way to encircle Russia as the main argument of Russia in the invasion of Ukraine cannot satisfy the criteria for the legitimate use of force in the context of pre-emptive self-defence, which is also a very controversial ground for use of force. Both NATO and the US have developed their relationships with Ukraine within the legitimate framework of international law. As a sovereign country, the elected governments of Ukraine have preferred to align their foreign and security policies with the transatlantic axis.

Russia used intervention by invitation as a legal ground to conduct military operations in Syria.  Although enjoying significantly improved relations with NATO-ally Turkey to the extent of selling it a strategic air defense system such as the S-400, Russia did not approve the Turkey’s military activism in Syria. For instance, in 2021, Sergey Lavrov reflected this distaste  by responding to President Erdogan’s spokesman’s assertions of the legitimate presence of Turkey in Syria, saying: “I’d rather cite the statement by President [of Turkey Recep Tayyip] Erdogan who has said publicly more than once that Syria is an independent state and that Turkey will fully respect its sovereignty and territorial integrity.”  To put it differently, the legal stance of Russia related to its military operations in Syria and Ukraine are completely contradictory.

Responsibility to protect and prevention of genocide are also unacceptable grounds for the invasion of Ukraine by Russia. There is significant evidence that demonstrates Russia used hybrid and covert tactics in the eastern Ukraine to shape the political conjuncture in favor of pro-Russian groups. From the Ukrainian point of view, Article 51 of the UN Charter grants the country the right  to defend its territorial integrity against the invasion of Russia on the ground of self-defence. To sum up, Russia will  be held responsible for human right violations, war crimes and damages to the property during its  military operation against the sovereignty of Ukraine.

5. Why the Invasion of Ukraine is an Existential Threat for the World Order?

As a toothless tiger, The UN Security Council has not performed effectively in the prevention and spread of international conflicts due to its current structure and differences of opinion among its permanent members. Illegal invasion of the Russia in the perspective of the international law put the last nail in the coffin of the UN Security Council.

[1] Article 2 (4) of the UN Charter reads: “All members shall refrain in their international relations from the threat or use of force against the territorial integrity or political independence of any state, or in any other manner inconsistent with the Purposes of the United Nations.”)