Escalation of Crisis Between LNA and Turkish Government 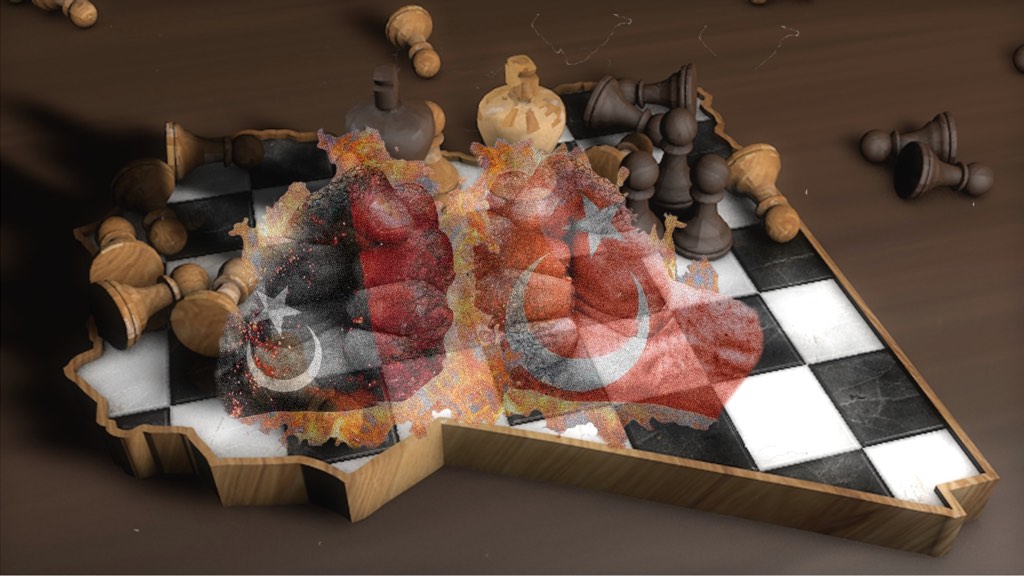 Already strained relations between LNA and Turkish Government gradually escalated to an open hostility after statements and actions from both sides since Friday. This means a new crisis in the MENA, which is already on tenterhooks with current Iran-USA tension.

As a backgrounder, yesterday Turkish Defence Minister Hulusi Akar asserted : “The price of hostile attitudes or attacks will be heavy, they will be responded with the most efficient and hard manner,” responding to the threatening remarks of Ahmed Mismari, the spokesperson for Libyan military strong-man Khalifa Haftar. Speaking in a press conference on Friday night, Mismari said, due to Turkish military intervention in the form of air cover and bombing of LNA positions in Gharyan, Libyan air space was closed to all Turkish flights and territorial waters to Turkish vessels. Mismari added LNA forces would target any aircraft, ship, strategic site, company or asset belonging to the Turkish state and would arrest any Turkish national in Libya.

However, what does all this mean? What should we make of these threatening statements from both sides?

At first glance, this statement can be read as a declaration of war against Turkey. It is, however, in reality, not a world-shaking development for the ongoing crisis. Haftar and his camp had already been expressing their annoyance about Turkish Government backing to their rivals. Since 2015, on several occasions, Haftar blamed Turkish government with providing arms and military equipment to its opponents and even filed complaints before the UN. By contrast, this time, LNA accused Turkey with direct involvement to the war with Turkish ships, planes and soldiers and threatened to use force against Turkish assets in the country. So, what?

Haftar has no capability to fulfil his threats effectively. LNA has no absolute air superiority over Tripoli and Misrata, and neither has it ground control to enforce his other threats against Turkish companies’ assets and their people, except for some Turkish restaurants in Eastern Libya. So, the question is, what other objectives can Haftar have with this latest threat?

First, he might be seeking to boost support from his regional backers who also stand in the camp against Turkish Government and the Muslim Brotherhood (MB). This should initially create a “rally around the flag” effect by alarming backers about further defeats in the face of Turkey-supported GNA to get more decisive support and more sophisticated military equipment.

Second, he may be aiming to legitimize support from his backers by magnifying effect of Turkish support to the opposite camp.  Last week, President Erdogan made no secret of Turkish Government’s support to GNA and described their relations with Tripoli government as a military cooperation agreement to balance the civil war in Libya.  Then yesterday,   Al-Marsad website revealed the identities of alleged Turkish military team located in Tripoli who allegedly operate Turkish Bayraktar armed UAVs.

Third, he might be aiming to dampen the shock of unexpected Gharyan defeat among his fighters and boost morale. Failing in his counter-attacks, Haftar tries to find a way out from this strategic setback. He prefers to blame Turkish intervention, rather than being beaten by Libyans, of whom he claims to be the supreme leader/commander.

Who is Khalifa Haftar?

Haftar adopted anti-Islamist rhetoric and promoted himself as a secular military strongman. In reaction to power-grabbing of MB in capital Tripoli, he initiated Operation Dignity in 2014 and named his forces as Libyan National Army (LNA). Being unsuccessful in Tripoli, he established his power base in Eastern Libya. Tobruk based Libya House of Representatives (HoR), and its interim government announced Haftar as the commander in chief of Libyan Army. Receiving various level of support from Egypt, UAE, KSA —primary opponents of MB— and France and Russia, Haftar captured Benghazi, Derna and almost all essential hubs of Eastern and Southern Libya, including most of oil and water reserves of the country.  Two months ago, his sudden advance on Tripoli ­—upending long-awaited National Conference peace process— caught even his international and regional backers off guard. Haftar’s Tripoli offensive quickly turned into a protracted civil-war without any critical achievement for both sides; up until last Wednesday, 26 June.

Last Wednesday, with a surprise attack GNA forces captured the city of Gharyan, located around 100 km south of Tripoli, which was the main supply base of LNA forces in their attacks to Tripoli. Loss of Gharyan caused a concussion among Haftar’s forces, which left a significant amount of military equipment behind while retrieving to Tarhuna —second LNA stronghold in their offensive to capture Tripoli.

The loss of Gharyan, which was a commanding terrain and stronghold, would be a game-changer in the current civil war. LNA supply lines and its operations concentrated around Tripoli International Airport are now in danger. It would also give psychological dominance to GNA forces, who were in a defensive position up to now.