End of the Peace Process in Afghanistan 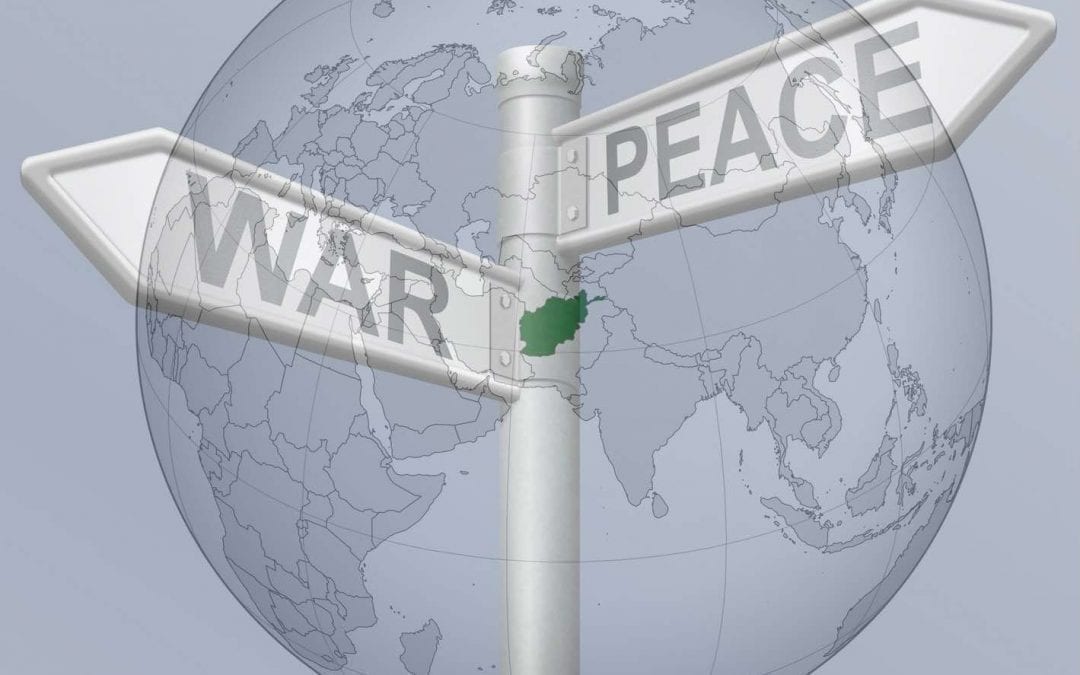 Trump abruptly called off peace negotiations with the Taliban on Saturday (7 Sep 2019) after the Kabul suicide bomber attack on Thursday (5 Sep 2019). The attack that was claimed by the Taliban took the lives of 12 people including one American soldier. The United States Special Representative for Afghanistan Reconciliation Zalmay Khalilzad had been striving for a peace deal with the Taliban since September 2018 and throughout the process he attended nine rounds of talks with high level Taliban leaders as part of the negotiations. Peace talks were to be crowned with a secret meeting between President of Islamic State of Afghanistan and the Taliban leaders at Camp David under US auspices. If held, the meeting  would possibly mark the end of the U.S. – Taliban talks and beginning of intra-Afghan dialogue. However, latest Taliban brutality seems to be the last straw that broke the camel’s back. “Taliban talks are dead” as Trump put it on Monday (9 Sep 2019). Although “great nations do not fight endless wars”, they do not just walk out either. Every life matters, but considering the losses in 18-years-long war in Afghanistan, a suicide bomb attack of such a scale would have little impact over the fate of the war. Therefore, the real reason behind the U.S. overreaction and U-turn might be different from what President Trump tweeted.

Reportedly, peace deal had four main pillars; troop withdrawal, counterterrorism assurances and cooperation, intra-Afghan dialogue and reduction of violence. Public debate focused on reduction of troop numbers only. According to Ambassador Khalilzad, 5,000 U.S. troops who were operating at five different bases were to leave the Afghan theatre within 135 days. NATO adjustments in response to the U.S. redeployment and major troop contributing countries’ (i.e. NATO framework nations) approach towards current U.S. policy remained unclear. No tangible assurances – at least publicly – had been given by the Taliban to fight against terrorist factions currently operating in Afghanistan such as AQ and ISKP. As for the intra-Afghan dialogue, the Taliban persistently rejected to launch a dialogue with the internationally recognized Afghan government. Frustration grew over peace talks as violence continued. It seems that nobody, except Taliban – to a certain extent – was happy with the draft agreement or with the idea of an agreement itself.

During a press opportunity with Pakistani Prime Minister Imran Khan, after blaming previous U.S. administration for almost anything went wrong in Afghanistan, Mr.Trump pontificated that he could wipe Afghanistan “off the face of the earth” within a week. His intention allegedly was to strike a deal with the Taliban and withdraw U.S. troops from the Afghan theatre before 2020 U.S. presidential elections. However, his approach was criticized by an insider. Republican Senator Lindsey Graham urged Mr.Trump to maintain an American military presence in Afghanistan in order to prevent the situation in Afghanistan to deteriorate and lead to a civil war. He also warned Mr.Trump that America cannot “outsource” its national security to the Taliban.

General Joseph Dunford, chairman of the Joint Chiefs of Staff said that it’s too early to talk about a full withdrawal of U.S. troops from Afghanistan. He told that any U.S. deal with the Taliban will be based on security conditions on the ground and the Afghan forces aren’t yet able to secure their country without help.

Days after the General Dunford’s remarks nine former U.S. ambassadors warned that Afghanistan could collapse in a “total civil war” if President Donald Trump orders a hasty U.S. withdrawal. They proposed a negotiated peace supported by adjusted troop drawdowns that are subject to conditions on the ground.

U.S. Secretary of Defence said on Saturday (7 Sep 2019) that “The United States is working on a political agreement which doesn’t mean that we’ll take any deal.”

John Bolton, the national security adviser of Trump who sidelined  Zalmay Khalilzad in Afghan peace process lost his job after his opposition to Camp David talks with the Taliban, as CNN reported.

At the U.S. side, all indicators show that the officials dealing with security and defence issues in the U.S. strongly opposed to the status quo that the administration tried to build a peace upon.

Many argue that Taliban continues fighting and killing to gain a strong negotiation position in the peace talks. However, such an irrational attack on the eve of a possible peace deal indicates that not everyone within the Taliban is consent with the outcome of the negotiations and rogue fractions exist.

From the Taliban’s perspective, it seems that they are misinterpreting the overall situation. Even if they manage to strike a deal with the US, they won’t have sufficient domestic and international support to run the country. Taliban might have won the war but it is nearly impossible for them to restore law and order in Afghanistan.

From the outset of the peace talks, the Taliban only negotiated with the U.S. Sidelining Kabul has little utility other then prolonging hostilities. Therefore, it would be naive to expect the bloodshed come to an end after having a deal with the U.S. only. Reacting to the cancellation of the peace talks, Taliban admitted that they “wanted to hold intra-Afghan talks on September 23”. They also threatened the U.S. that “more American lives would be lost if President Donald Trump cancelled peace talks with them.”

Afghan National Unity Government (NUG), frustrated with the draft agreement, still insists on holding presidential elections which they see as source of legitimacy. Meanwhile NUG intensified its efforts to develop ties with China, Russia, India and Iran at the expense of U.S. interests in the region.

However, divergence among different factions is growing. Warlords are expediting their preparations against the possibility of intensification of the civil war which has the potential to turn the country back to 1990s.

Russia, China and Iran are among the prominent countries that closely monitor and actively get involved in the situation in Afghanistan. None of these countries are content with a failed state that becomes a safe heaven for transnational terrorist organisations. Growing influence of DAESH (ISKP) in Afghanistan is of particular concern for these countries. On the other hand, Afghanistan became one of the fronts of great power competition. They also do not opt for an Afghanistan heavily dependent on the U.S.

It is in regional powers’ best interest to eradicate, if not possible to contain religious extremism and terrorism in Afghanistan. During the days of Taliban insurgency, except Pakistan, other neighbours of Afghanistan were relatively safe since the Taliban is more an ethnic movement than a religious one. However, newly emerged threats such as DAESH (ISKP) has a transnational nature and has the potential, capability and intent to spread terrorism to the neighbouring (sunni) Muslim societies. Afghanistan, as it stands, is like a ticking bomb and failed peace talks might just have initiated the detonator.

*Analysts at Beyond the Horizon Int’l Strategic Studies Group.