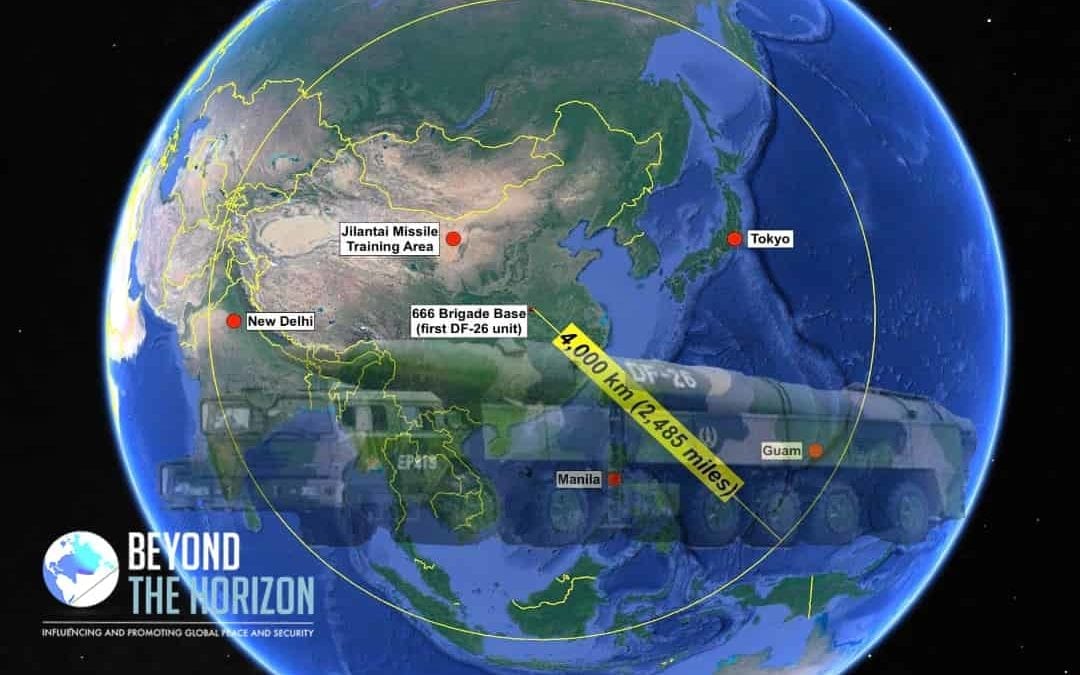 The DF-26 Intermediate-Range Ballistic Missile (IRBM) made its first public appearance at a military parade in September 2015 in Beijing. During this parade, China exhibited 16 missiles on road-mobile transporter-erector launchers (TELs). At the event, the missile was presented as having both nuclear and conventional capabilities. It can reportedly strike naval targets at sea in additional to its land attack role.

The People’s Liberation Army Rocket Force (PLARF) is in charge of the land-based strategic nuclear and conventional missile forces of the Chinese People’s Republic. The PLARF is developing and commissioning an extensive range of ground-launched mobile conventional ballistic missiles and cruise missiles. The PLARF is currently working on developing new Intercontinental Ballistic Missiles (ICBMs) which will considerably enhance their nuclear-capable missile forces. The number of ground-based ICBM warheads in China capable of threatening the United States is expected to increase to about 200 over the next five years. The Chinese Republic is increasing its inventory of DF-26s, a mobile IRBM system launched from the ground, which can quickly switch between conventional and nuclear warheads.

History of Tests and Spesifications

Chinese strategists have emphasised the necessity of having low-yield nuclear weapons for enhancing the deterrent effect of the Chinese nuclear force without defining specific nuclear yield values. The DF-26 is the first Chinese missile system with nuclear capability that is also capable of precision strikes and is, therefore, the weapon system most likely to deploy a low-yield warhead in the short term.

On 9 May 2017, the Information Office of the Chinese Ministry of National Defence (MND) released a press communique stating that the PLA rocket force had carried out an operational test of a new missile in the Bohai Sea with “expected results“. Although the type of missile has not been confirmed, several Chinese military analysts assume that it was probably a version of the DF-26. 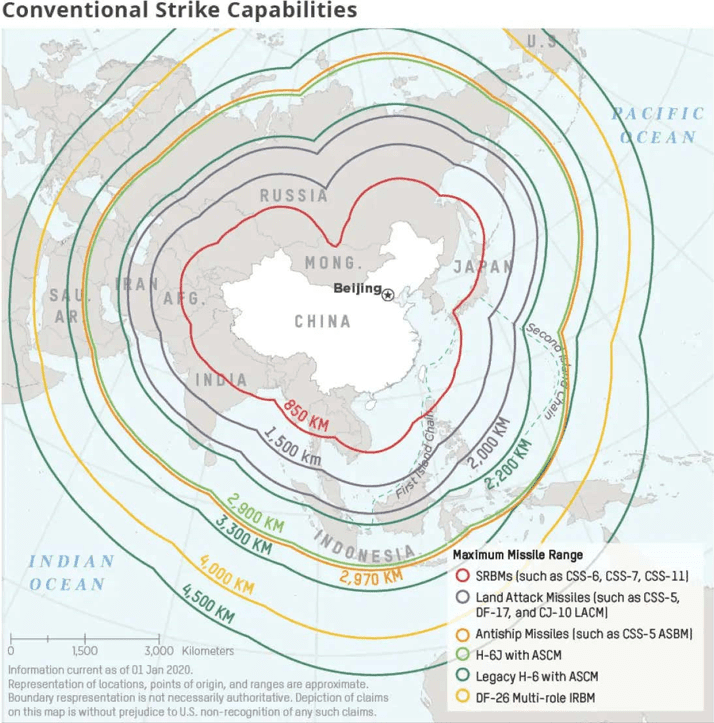 On 26 August 2020, China launched two of its most high-performance missiles – a DF-26 intermediate-range ballistic missile (IRBM) and a DF-21D anti-ship ballistic missile (ASBM) – into the South China Sea from bases in mainland China. It seems that the DF-26B was fired from Qinghai province in northwest China (about 2,500 km away), and the DF-21D ASBM from eastern China at Ningbo in Zhejiang province (1,600 km away). Almost three months later, a Chinese source claimed that these missiles had hit a mobile at-sea target close to the Paracel Islands. Both the DF-21D and DF-26 belong to categories prohibited by the Intermediate-Range Nuclear Forces (INF) Treaty between Russia and the United States, from which the United States withdrew in 2019.

The DF-26 became operational in the PLARF in 2015. It is a solid fuel platform that deploys from a mobile transporter erector launcher (TEL) – providing a short launch time and making neutralisation on the ground very difficult. The platforms have a range of 4,000 km and carry very large warheads estimated at 1,200-1800 kg, the normal payload size for tactical ballistic missiles being around 500-750 kg. The missiles can deploy conventional and nuclear warheads, and it was disclosed in 2018 that it is capable of aiming at ships at sea and has been designed to hit American supercarriers. With a coverage range of 4,000 km, the DF-26 is capable of covering the Western Pacific and Indian Ocean, as well as the American installations in Guam, the British island of Diego Garcia. 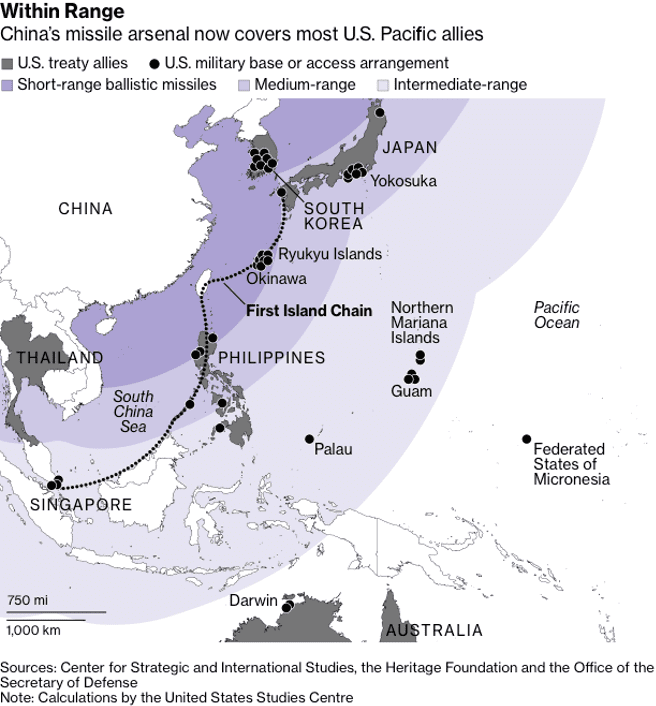 The DF-26 is not only remarkable because it is a tailor-made system for payload delivery to the American soil of Guam, but also because of its dual capacities. It is still unknown exactly how China views the issue of retaliation for conventional, long-range precision attacks on strategic dual-capacity systems such as the DF-26, but the capacity for the system itself is an extremely important attribute. Ultimately, the aim of merging conventional and nuclear abilities is to create a form of calculated ambiguity that could make the United States consider things twice.

The PLARF has made tremendous advancements in the modernisation of its nuclear and conventional missile capabilities. It has evolved from a nuclear missile force composed of obsolete ICBMs based in silos and outdated regional nuclear strike capabilities to a modernised force that includes more robust road-mobile ICBMs like the DF-26 IRBM.

The mass production and commissioning of highly mobile medium- and intermediate-range ballistic missiles has revolutionised the armed forces of China, Russia and other American rivals. During the last two decades, China has developed the largest intermediate-range ballistic missile force in the world. Increased number of multirole mobile IRBMs in Chinese inventory complicates first strike second strike calculations and has the potential to increase the risk of both nuclear and conventional conflict escalation.