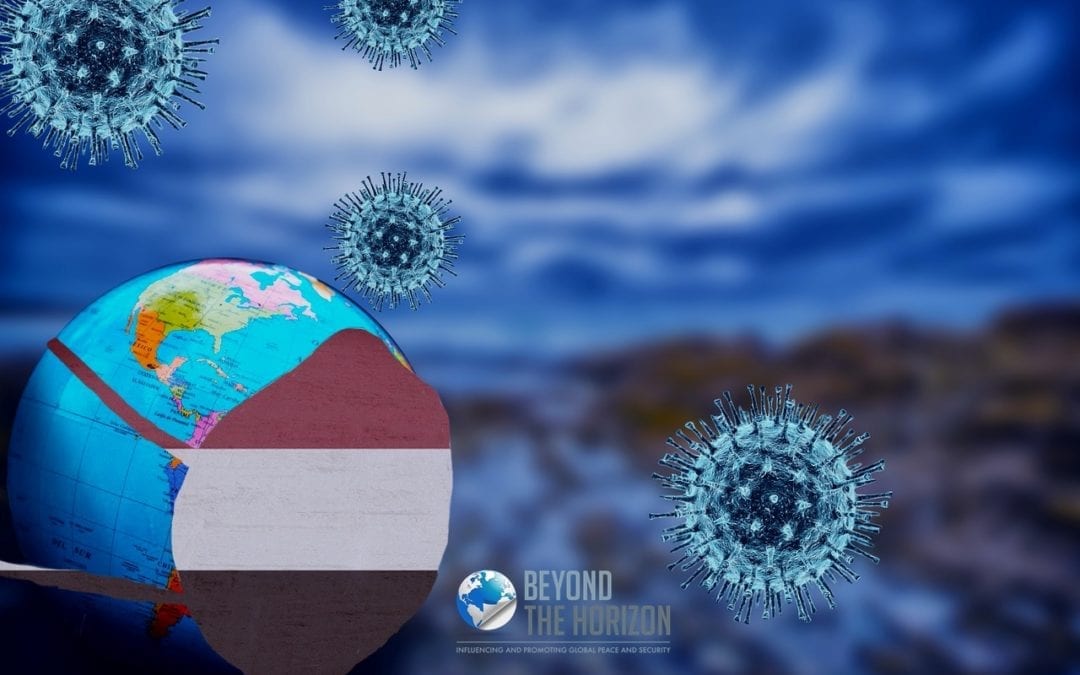 Though easy to treat in existence of adequate health care system and medications, the cholera has been raging Yemen. The cumulative number of suspected cholera cases reported from October 2016 to January 2020 is more than 2 million, including 3910 related deaths. To add fuel to the fire, one case of COVID-19 or corona virus as is known widely, was confirmed last week. Only time will show how the war-torn country will tackle this double-edged sword amidst its worst humanitarian crisis.

For decades, mismanagement and corruption in Yemen has caused the inability to provide sanitation projects or provide clean water for large segments of the population, a deficiency directly translating into the spread of cholera. The war, which has been going on for more than five years, has made matters worse by destroying infrastructure, restricting movement,  causing displacement above all. Ultimately, this created fertile grounds for the spread of diseases and made it hard if not possible delivery of even inferior health services.

The demographic characteristics in Yemen play a role in the spread of diseases, including cholera. More than seventy percent of the population in Yemen live in the countryside. It is not possible to mention an existing sanitation system and safe sources of drinking water. Fifty-three percent of the country’s workforce is engaged in agriculture, and they are naturally scattered in the countryside, making it vulnerable to pollution and an environment expedient for the transmission of diseases such as cholera.

But the demographic structure presents some advantages too. As can be surmised, this scattered population provides natural social distancing conditions and provides advantages in limiting infection and spread of COVID 19 and its likes. it can cause a delay in the infection of certain diseases, such as COVID 19. The scattered population in vast rural areas limits gatherings. And with 75% of the people under the age of 30, the country has a young population, the age category least susceptible to defeat in face of the virus. Almost half of Yemeni society is made up of females that culturally rarely leave their homes, which means that nearly half of the community is very limited in movement.

The hot climate in most parts of the country reduces the movement of people in the streets in general, and the closure of airports in the country for more than five years has isolated Yemen from the outside world and delayed the arrival of COVID 19 infection.

Although the above factors have delayed the spread of the virus in the country, the first confirmed case on April 10 could foretell a catastrophe. At a time when health services in the major countries of the world are unable to cope with the epidemic, health care services in Yemen will need a miracle to survive. Only half of Yemen’s health centers are operational, which means, lives of hundreds of thousands of Yemenis, particularly in crowded cities like Taiz and Sana’a,  are threatened with death. There is speculation that the virus may spread without being detected due to a significant lack of testing capacity.

During the past several years, Yemen has received a few hundred million dollars in aid to the health sector, a large proportion of which is in medicine and medical equipment, in addition to efforts to contain epidemics such as cholera. However, the construction and rehabilitation of medical facilities and the training of medical personnel have received little, and this places the need to reorient foreign aid more effectively so that it builds the capacities of countries rather than just providing temporary solutions.  The situation in Yemen also underscores the need for such countries to obtain advice and training from the international community regarding the efficient use of their scarce resources and crisis management strategies.

* Muneer Binwaber is a journalist and documentary filmmaker. He holds a bachelor’s in media (public relations). Binwaber has worked on a number of documentaries and articles about different topics in Yemen. He is interested in issues pertaining to Yemen, with a focus on foreign affairs and culture.