Climate Action Failure and Its Implications on Military Security 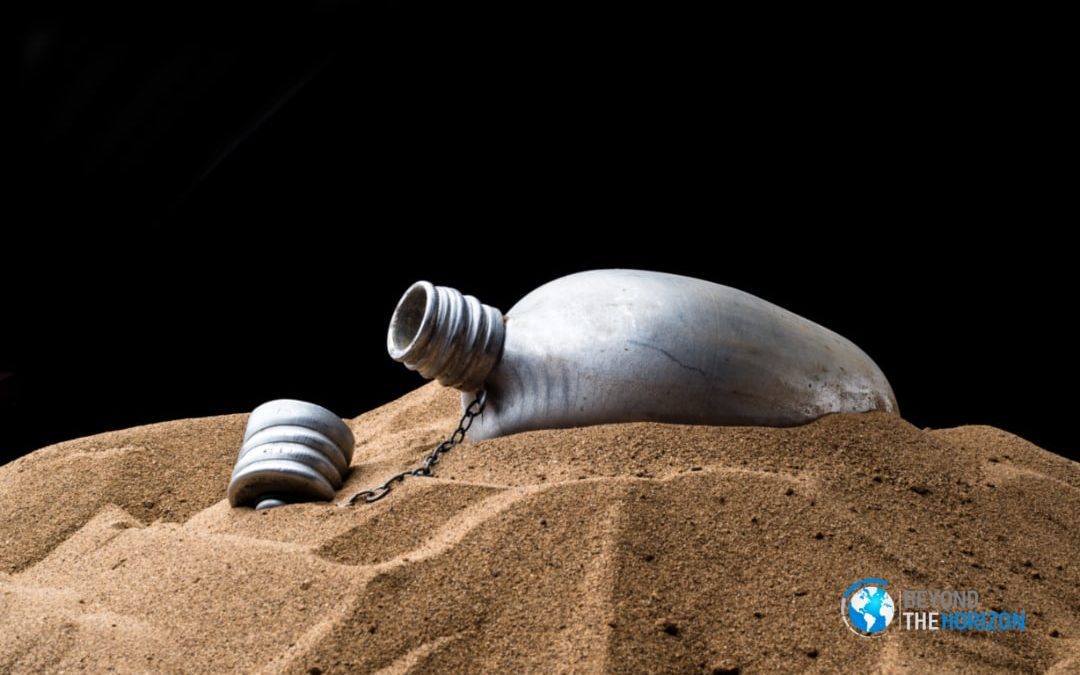 Global Risks Report-2022 of the World Economic Forum has ranked “Climate action failure” as the most severe security risk at the global scale for the decade coming. It is followed by “Extreme weather” and “biodiversity loss,” both closely related to the climate change. Contrary to the climate-sceptics, NASA has recently announced that there is scientific consensus among 18 institutions on the rapid global warming caused by anthropogenic emissions. This consensus is extremely important in that it proves climate-related security concerns rely on credible scientific data. The level of global warming is expected to reach 1.8 degrees at the end of the 21st century if all countries and companies stick to their net-zero targets. 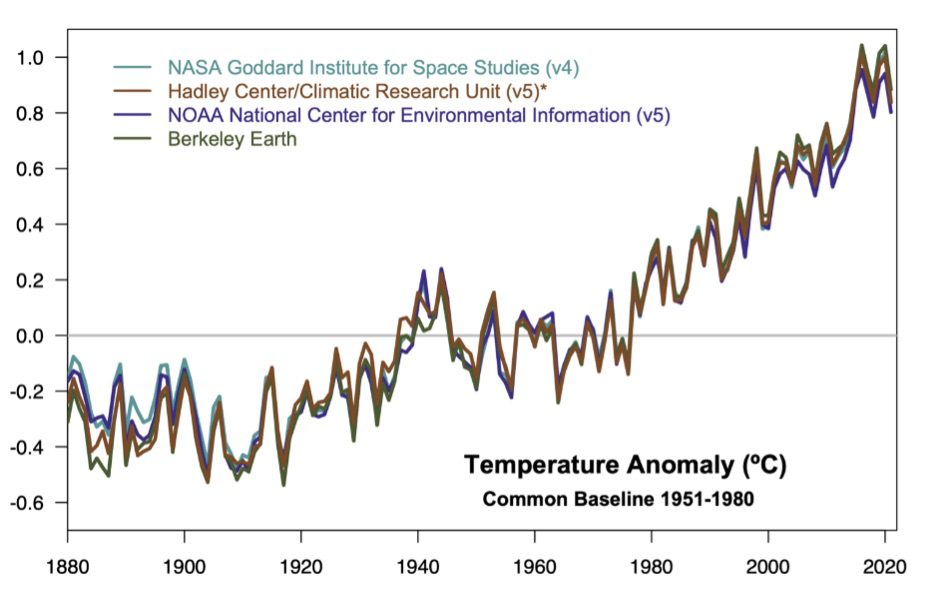 Increasing number of floods, wildfires, droughts, food insecurity, water scarcity and heatwaves in different parts of world are the most apparent results of climate change that exacerbate the instability in the international security environment, with potential  to trigger or escalate armed conflicts over limited resources. The Covid-19 pandemic and the invasion of Ukraine by Russia has weakened the economic capacities of nations and the desire to act collectively against climate change. For instance, despite all efforts to phase out coal in the energy mix,  International Energy Agency has forecasted that global coal consumption will be at its all-time high by the end of 2022. This basically means global efforts towards climate change mitigation will not be sufficient to limit the pace of global warming. States should increase their climate change adaptation capacities within which military forces can play crucial roles including crisis management, humanitarian operations and disaster relief.

The rising intensity and duration of environmental disasters are the most conspicuous aspects of climate change as regards international security. It is difficult from now to predict accurately the extent of future environmental disasters after passing the tipping point in global warming. Climate change has already started to cause economic and security problems that can trigger the involvement of the military forces. Such cases, among others, include: 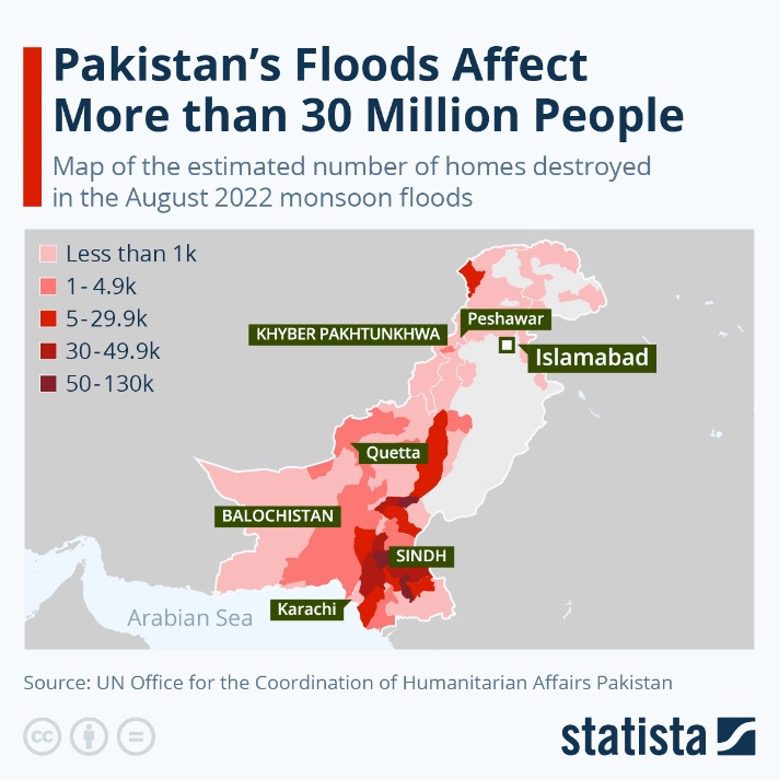 The Impacts of Recent Floods in Pakistan Source: https://www.statista.com/

IPCC report reads: “at higher global warming levels, impacts of weather and climate extremes, particularly drought, by increasing vulnerability will increasingly affect violent intrastate conflict.” According to UNHCR, more than 20 million people can feel forced to leave their homes due to extreme weather events. The UN Secretary-General António Guterres stated that “The forced movement of larger numbers of people around the world will clearly increase the potential for conflict and insecurity”. 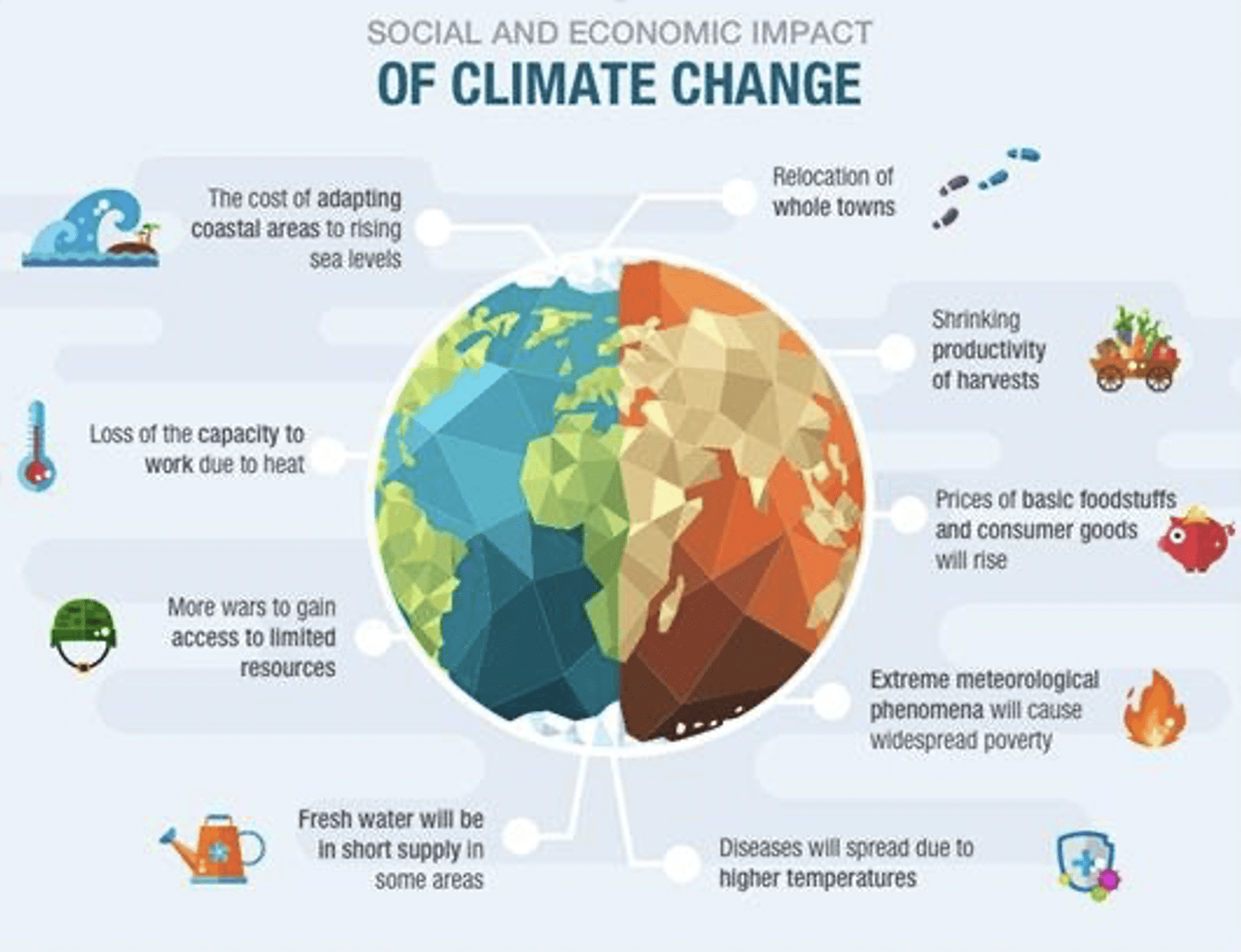 Social and economic impact of Climate change Source: Iberdrola. (2019, October 9). How is climate change affecting the economy and society?
Retrieved from https://www.iberdrola.com/

Changing Definition of National Security and Barriers Before Collaboration Among States

Heatwaves in Europe and China, floods in Pakistan, and wildfires in Australia have broadened the definition of traditional national security, which is traditionally deemed dependent on armed conflicts among states and non-state actors. As Craig Gannett, vice president of the Jackson Foundation, said “National security is no longer about counting tanks, counting missiles, or counting terrorist cells”.  As described in the new security concept of NATO,  climate change is “a defining challenge of our time, with a profound impact on Allied security.” Yet, nations cannot find a common ground to act collectively and enhance the climate adaptation capacity of their armed forces.

The invasion of Ukraine by Russia and the military tension in the Asia-Pacific region over Taiwan have diverted the attention of the international community away from the adverse actual and potential impacts of climate change. Traditional geopolitical confrontation is a more dominant threat perception among the armed forces of most nations. Most of the main victims of climate change are among the least developed nations in Africa and South Asia. This is one of the reasons for the reluctance of other nations to radically shift their military policy paradigm in a way to increase cooperation and collaboration among world nations in order to prepare their armed forces for possible regional conflicts and humanitarian disasters caused by climate change.

India and Russia rejected a draft resolution that would adopt the climate-related security risk and threats as the main component of the UN’s conflict prevention policies. The fragmented nature of the international community is the fundamental obstacle in front of the establishment of an effective global security mechanism to conduct security operations in the context of climate mitigation and adaptation.

Roles of Military in Dealing With Climate-Related Security Problems

The humanitarian disaster after the heavy floods in Pakistan is a striking example to understand the impacts of climate change on both national security and armed forces. As a susceptible country to the flood risk caused by climate change, Pakistan has been suffering from its worst flood in its history. More than 2000 people have been rescued in the humanitarian operation launched by the Pakistani armed forces where the floods have killed more than 1200 people including 416 children.

The share of the population that is flood-exposed Source: Rentschler, J, Salhab, M and Jafino, B. 2022. Flood Exposure and Poverty in 188 Countries. Nature Communications.  Retrieved from https://blogs.worldbank.org/

This example shows that military forces should be ready to operate in an environment in which they have difficulties in logistic flows and meeting the needs of a huge number of people. Climate change will complicate the planning and conduct of military operations. 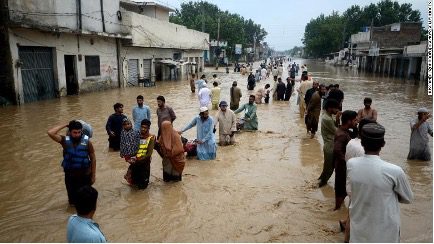 Armed forces should also have dynamic and instant coordination capacity with both other national and international institutions[1] in order to distribute aid and mitigate the damages of the disasters. Armed forces should pay attention to the scientific reports including the latest IPCC report that show climate-related wildfire, drought, flood, and heat wave risks in order to plan their strategic capabilities and force deployment structures. Other security threats such as mass migration and armed conflicts over limited vital resources including water may exceed the response capacity of national armed forces. Therefore, a multilateral security approach under the banner of the UN should be adopted by all nations to develop a comprehensive global climate adaptation capacity to limit the spread of violence after climate-related disasters.

In the newly released “Climate Change & Security Impact Assessment” report, NATO perceives climate change as a threat multiplier at all levels. NATO has strong capabilities and historic experience in disaster relief operations. Its decision-making mechanisms are also suitable for establishing close coordination with other political and military organizations. In this context, NATO can play a leadership role among other international organizations in responding to climate-related emergencies. However, the balance of power in international relations, rising authoritarianism, and harsh economic & military competition among the superpowers seem to prevent nations to establish a global coalition to fight against climate change.

Humanity faces an unprecedented threat at global scale. There is sufficient scientific proof prompting states to take action against future climate-related environmental and humanitarian disasters. The invasion of Ukraine by Russia has upset relatively stable global world order.  Increasing temperatures in global warming will accelerate the degradation of the environment and exacerbate the current global security problems. NATO can use its military capabilities and experience to inspire other nations to develop climate-response capacities. Having said that, international cooperation on the political level is sine quo non for the effectiveness of the military responses to climate-related disasters.