Ahead of International Libya Conference in Germany 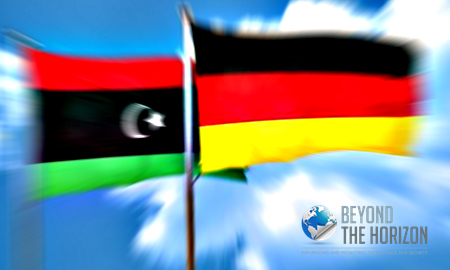 Ahead of a new international Libya Conference, the one evident thing is that both GNA and LNA propaganda machines try hard to persuade international community that they have the upper hand in the battlefield. The operations rooms of both sides frame the developments as if it is only a matter of time to defeat their opponent. The reports of independent sources, however, demonstrate that the forces loyal to Khalifa Haftar are far from achieving any significant breakthrough in all fronts, including lately opened Sirte front, which was opened to shake off the stalemate on other fronts. Death of dozens of Russian mercenaries —together with other mercenaries— indicate that Haftar resorted all sort of options to unlock the resistance of GNA camp but failed. From now on, he does not possess many courses of action to advance upon Libya.

However, he still can disturb and terrorize the GNA camp. The intensity of drone use is increasing in the last weeks.  Especially the Chinese armed drones gave Haftar kiss of life to pretend continuing offensive at full force. The UN envoy Salame is right in his statement that Libya is the largest drone war theatre in the world.

Our analyses show that Haftar is the loser of the current war. His only salvation is international interference. The upcoming conference in Germany would be a venue to save him. Seeing this probability GNA side wants to prevent Haftar once again to emerge as a reliable interlocutor. The announcement of Presidential Council and Serraj is an attempt to avoid the Haftar, and his backers hijack the conference and re-promote cornered Haftar as the savior of Libya.

Anymore, it is obvious that other actors of Libya will not accept giving a significant role to Haftar in the governance of Libya. On the other hand, the position of Serraj is quite contentious. He is increasingly getting isolated, and his legitimacy is weakening. Most likely, he has no place in the future of Libya, as well.

Therefore, internal and external stakeholders must start planning the post-war Libya, where, rather than Serraj and Haftar, more legitimate Libyan actors will take over. It is also essential to avoid making the same mistakes of the post-Ghaddafi era, such as failing to dissolve militia groups controlling the capital, and seeing the governance a zero-sum game and throwing the loser aside from the political arena.

Lastly, the allocation of more than $1 billion to Libyan National Oil Corporation (NOC) shows GNA’s commitment to increase oil production and strengthen the NOC. Recently, Tripoli NOC has been complaining about receiving insufficient funding. Again, on the eve of an international conference, where the role and unity of NOC will be one the most crucial discussion topic, GNA’s decision might just be paying lip service. The actual transfer of the funding is still to be seen.